The renaming passed with an unanimous 8-0 vote. The new name will be in effect, starting in the 2021-2022 school year.

Charles H. Parker (1844-1939), was born in slavery, and went on to become a visionary leader of the African-American community along West Boulevard.

The options for the new name had previously been narrowed down to three choices. The other two options were Samuel Banks Pride and Charles Sifford.

It is the second vote this year to change schools named for people with racist connections or backgrounds.

“We are proud to rename this school for Mr. Parker, who was born into slavery and who went on to build schools, establish churches and provide affordable housing in the African-American community,” said Elyse Dashew, Board chair. “His legacy in public education in Charlotte, as well as his visionary civic activism, will serve as an inspiration to students and the school and our district as a whole.”

Barringer Academic Center was built in the 1950s on land purchased by local businessman Osmond L. Barringer, who developed much of the West Boulevard corridor in the 1920s. Barringer specified that the school be named to honor his father, a Confederate general, and his brother, an advocate of so-called “scientific racism.”

Renaming is part of a deliberate process initiated by current Superintendent Earnest Winston to identify and rename schools named after individuals who owned slaves or promoted slavery, expressed racist or bigoted views, or actively opposed equality.

“We do not want our schools to intentionally or unintentionally demonstrate values that our district does not support,” Winston said. “As our nation continues the journey toward full equality for all citizens, we think these names and symbols are important.”

The school is a nationally certified magnet school. Located near the intersection of West Boulevard and Clanton Road, it sits on the site of an 18th-century gold mine.

In a nod to that unusual history, the school’s entrance features two large round stones that were used to pulverize rock in order to extract gold ore.

Barringer is the second CMS school to be renamed because of links to a racist past. The Board voted earlier this year to change the name of Zebulon Vance High to Julius L. Chambers High. Vance was a North Carolina governor and slave owner who fought for the Confederacy. Chambers was a Charlotte civil rights lawyer who fought for desegregation of schools, including a landmark U.S. Supreme Court case that resulted in busing to integrate CMS.

Families who lost loved ones to COVID-19 last year will soon be able to apply for reimbursement of their funeral costs through a new federal assistance program. 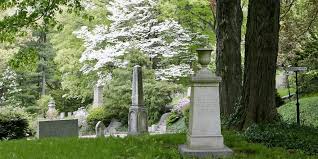 The Federal Emergency Management Agency has said it will provide up to $9,000 per funeral, with people who lost multiple family members to COVID-19 eligible to apply for up to $35,000.

The funds can help cover funeral services, including interment and cremation, that occurred between Jan. 20, 2020 and Dec. 31, 2020. Program applications are expected to become available in early April.

To be eligible for funeral assistance, you must meet these conditions:

In April, FEMA will begin accepting applications. If you had COVID-19 funeral expenses, we encourage you to keep and gather documentation. Types of information should include:

How are Funds Received

If you are eligible for funeral assistance you will receive a check by mail, or funds by direct deposit, depending on which option you choose when you apply for assistance. 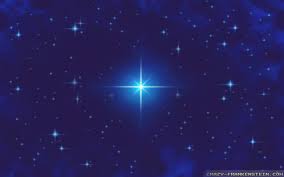 Each December, planetariums and astronomers across the globe pontificate on the origin of the “Christmas Star” or “Star of Bethlehem.”

As the story in the Gospel of Matthew goes, a bright star rose after the birth of Jesus Christ that the wise men then followed to find him.

Was it a comet? A supernova? Could it have been a conjunction of two planets? Or was it just a throwaway fictional detail that shouldn’t be taken so seriously.

Jupiter and Saturn tangle in a great conjunction—as seen from Earth—every 19.85 Earth years. It’s a natural symptom of Jupiter taking 11.86 years to orbit the Sun and Saturn 29.4 years, which naturally means they will sometimes appear to pass each other in our night sky from our point of view (despite being many millions of miles distant from each other).

This week’s events occur seven weeks after the two planets’ heliocentric conjunction, when they aligned with each other and the Sun in the Solar System.

It’s been known for thousands of years that Jupiter and Saturn conjunct every 20 years and even that the event occurs in the same part of the sky every 800 years or so.

Their next great conjunction will happen on December 21, 2020—on the date of the December Solstice and just four days before Christmas Day—when they will appear to be a mere 0.1º from each other. That’s about the width of a toothpick held at arm's length according to Sky & Telescope magazine.

It will be the closest great conjunction since July 16, 1623 and the first to be easily observable since March 4, 1226. Could it be the source of the “Star of Bethlehem” story?

Great conjunctions—and all conjunctions—are entirely predictable events. Though they don’t always get as close as they will appear this week—that happens only about every 300 years—there have been calculations made about previous great conjunctions of Jupiter and Saturn around the same time as the suggested birth of Jesus Christ.

One of the longest-running theories goes all the way back to Johannes Kepler, a key figure of the scientific revolution in the 17th century and the first to correctly explain the motion of the planets.

One of the longest-running theories goes all the way back to Johannes Kepler, a key figure of the scientific revolution

“Kepler thought that star of Bethlehem was a triple conjunction of Jupiter and Saturn,” said Nigel Henbest, author of Philip's 2021 Stargazing Month-by-Month Guide to the Night Sky in Britain & Ireland. “Here we are two millennia later and a similar conjunction is about to happen within four days of Christmas Day … maybe a new Messiah is about to be born!”

According to Kepler’s calculations made in 1603 (during a year he observed a great conjunction), a triple conjunction of Jupiter and Saturn occurred in the year 7 BC. Why “triple?” As Jupiter laps Saturn in the Solar System the two planets align with the Sun for a moment, but from our faster-moving planet’s point of view the planets actually appear to go backwards for some weeks. It’s purely about perspective, but this retrograde motion can cause two or, in the case of the year 7 BC, three conjunctions in the same year. The last triple great conjunction occurred in 1980 and the next one is in 2239.

Were Jupiter and Saturn mistaken for a single star? Perhaps great conjunctions were considered omens, like comets. Either way, this week’s closest approach of Jupiter and Saturn in the telescopic age is a historic event that you must take a look at. All this week and next—but particularly on the evening of December 21, 2020—cast your eyes to the southwestern skies 45 minutes after sunset where you are and you’ll see two distant worlds become one.